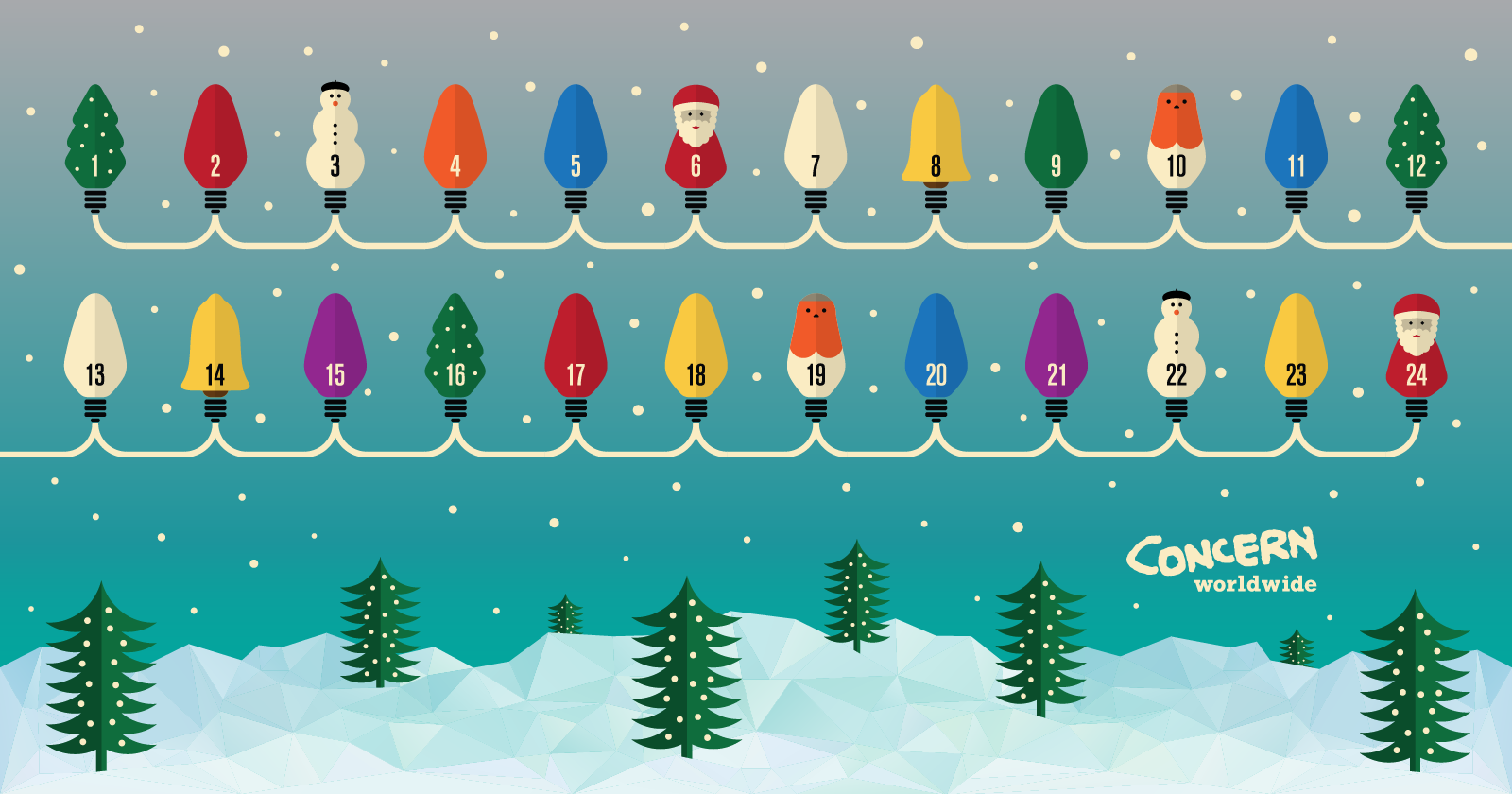 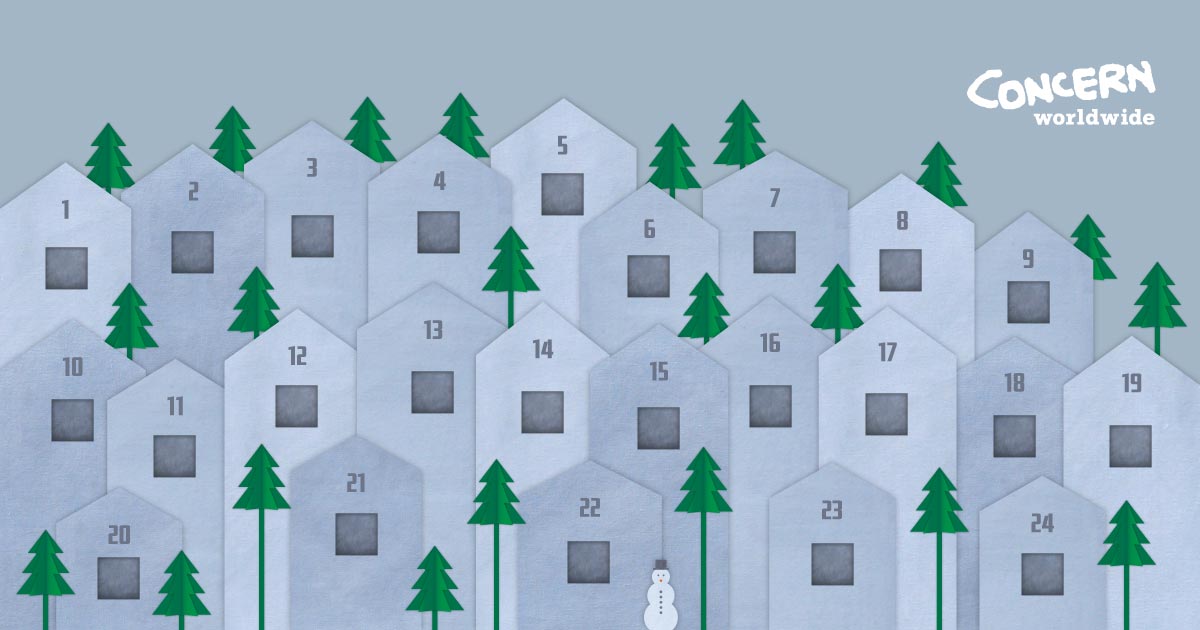 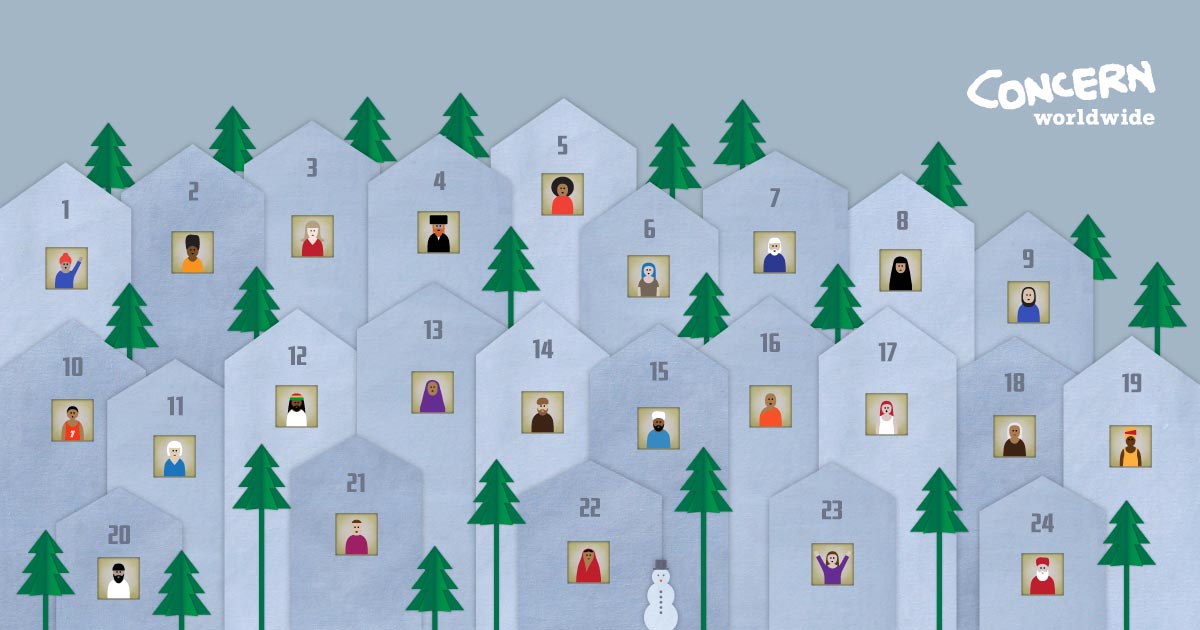 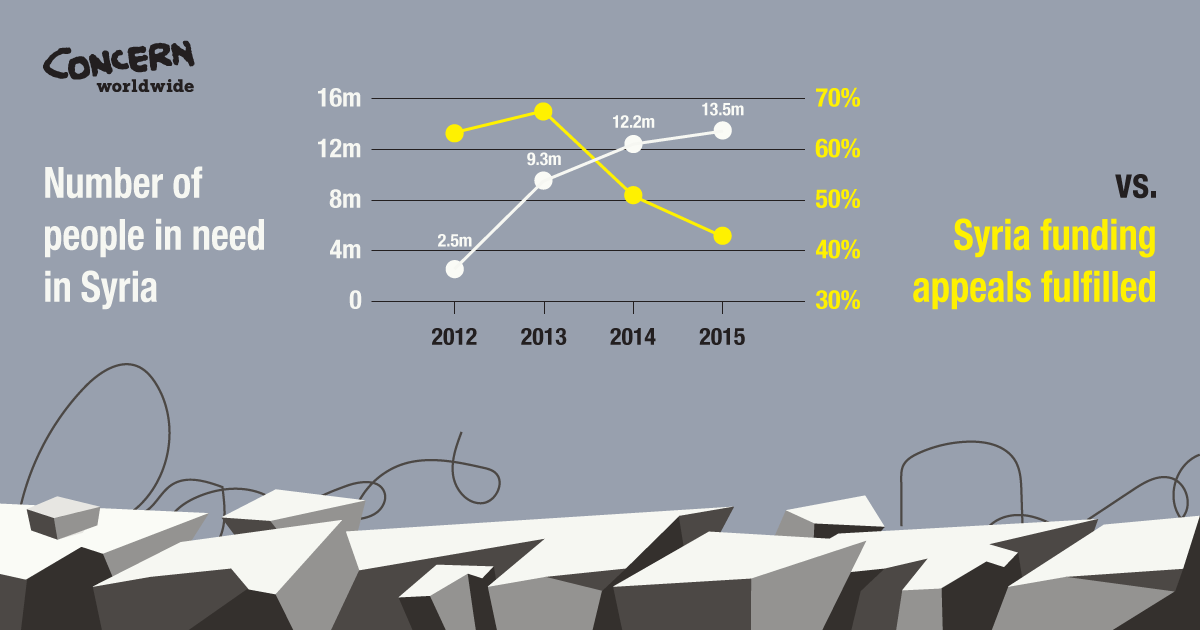 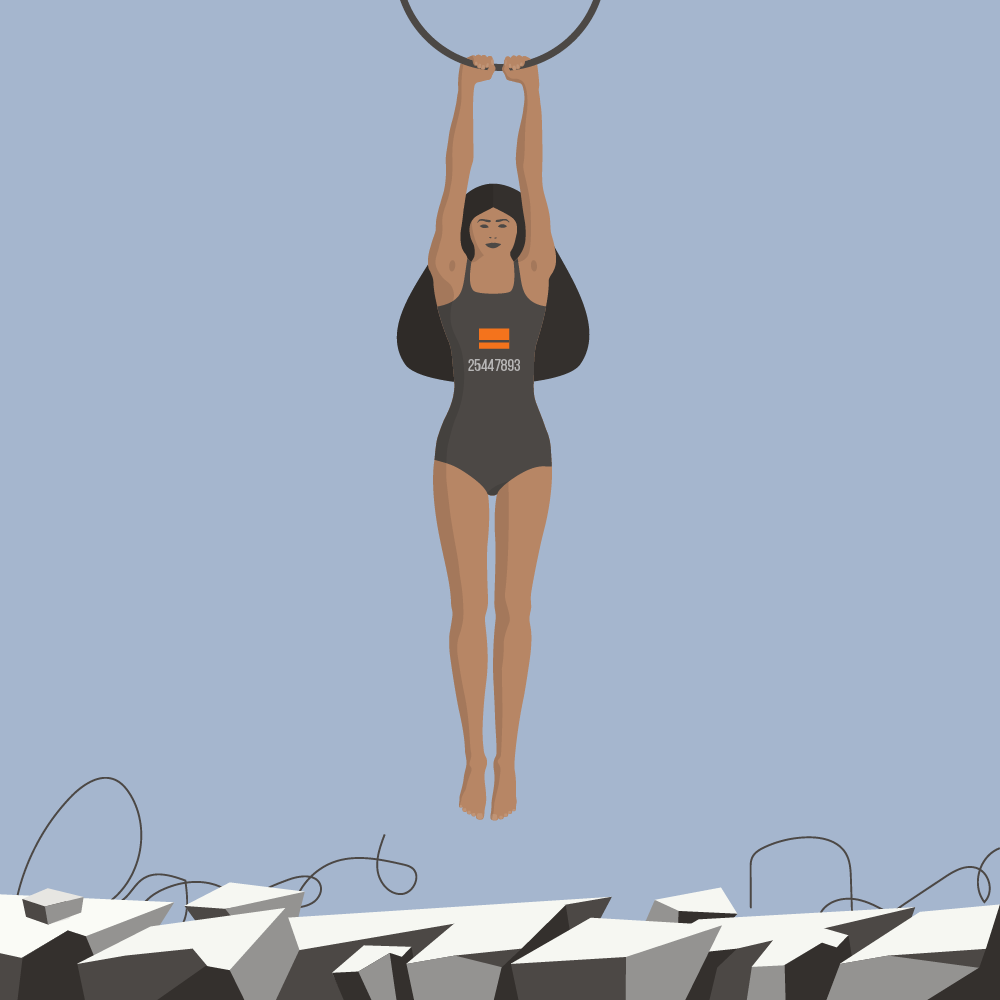 I was commissioned by Concern Worldwide, an international development and humanitarian charity to design a digital advent calendar for 2015. For that I came up with the idea of depicting vintage, fairy lights similar to those I remember from my grandparents' house. Each light bulb marked a day of the calendar and was subsequently replaced by an icon representing a charity gift.

In the following year I was commissioned again to design an advent calendar. This time it was to be sent daily via the organisation's newsletter where subscribers were asked to perform small actions like purchasing charity gifts or signing petitions. My response to that brief was a design featuring houses with people from various backgrounds appearing day by day at their windows.

Among the other social media assets I produced for Concern was a piece called "People In Need" demonstrating insufficient fulfillment of Syrian funding appeals. Influenced by that I created an illustration depicting a refugee gymnast. She wears a Refugee Nation flag on her chest and a number 25447893. The flag was designed by Yara Said to mark the participation of the first ever refugee team in the 2016 Olympics. According to the UNHCR there are 25.4 million refugees in the world in 2018.

Do you like my work?
We should work together. Please get in touch.
hello@robertfiszer.com